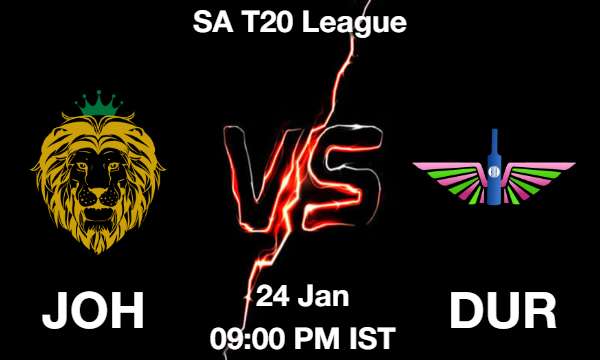 Teams will be updated once the lineup announced

JOH vs DUR Pitch Report: The surface here will be a belter for batting and plenty of runs can be expected. The outfield is quick and the square boundaries are shorter. Bowlers need to be clever with the variations and spinners have done well in this venue.

JOH vs DUR Weather Report: Weather in Johannesburg, ZA is cloudy. The temperature is expected to around 23°C on the match day with 59% humidity and 2.9 km/h wind speed. And the Visiblity is 10 KM. There are 41% chances of precipitation during the game. 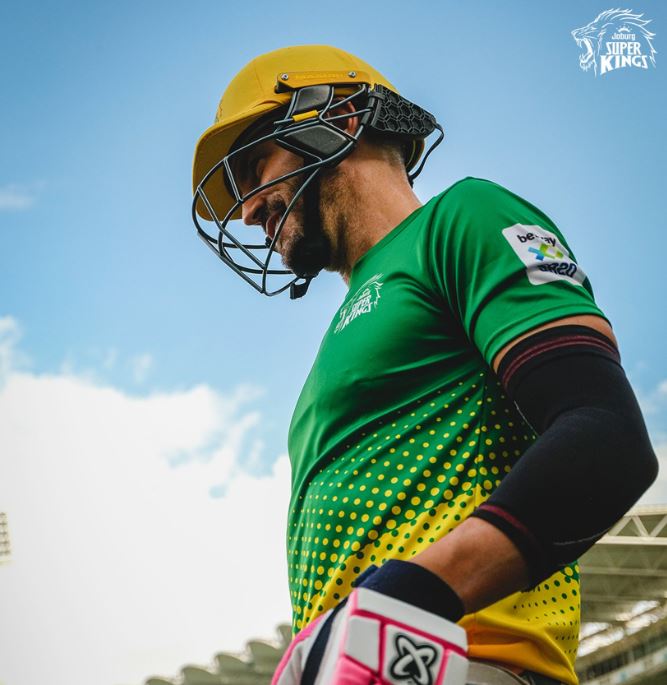 Durban Super Giants have had a horrible season thus far and are bottom of the table with 2 wins and 4 losses in 6 matches. They suffered a big defeat of 124 runs in the previous match against Sunrisers Eastern Cape. They will need to make a turnaround quickly to remain in the hunt for qualification. On the other hand, Johannesburg Super Kings have also had a mixed campaign so far with 3 wins and 3 losses in 6 matches.

Johannesburg Super Kings looks in good form in recent matches, They are the favourites to win the match

Toss Prediction, Who will Win the Toss Today?: According to the Possible11 expert toss prediction, DUR will win the toss and choose to Bowl first.

JOH vs DUR SA T20 League Match Expert Advice: Aaron Phangiso will be a top multiplier choice for the small leagues. Faf du Plessis will be a decent choice for the captaincy in the grand leagues.

JOH vs DUR Head to Head

The match will be live telecast on Sports18.

JOH vs DUR match will be live telecast on Sports18.